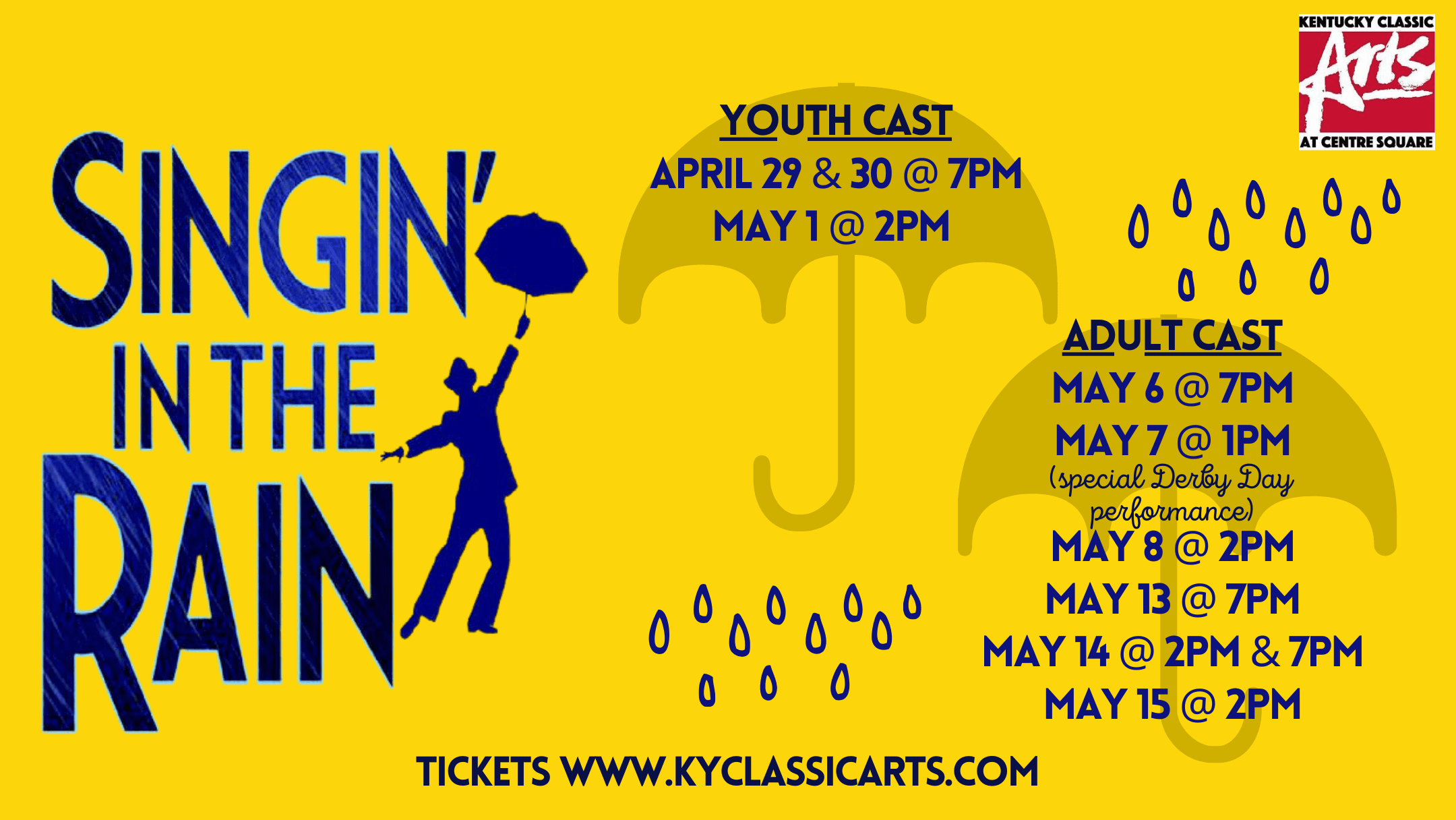 Singin’ in the Rain tells a story straight out of a Tinseltown tabloid headline – enter the leading man, the starlet, and an unknown; throw in a controversial love affair that could make or break careers, then sit back and watch hilarity ensue!

In the silent movies, Don Lockwood and Lina Lamont are a hot couple but, behind the scenes, things aren’t always as they appear on the big screen! Now, “Talking Pictures” are coming and Lina sounds terrible! Plus, she can’t sing and she can’t dance – so how can her career be saved? As Monumental Pictures plans to save its latest flick with the help of a talented young actress to do the talking and singing for Lina, no one counts on what Lina has planned.

Known as the “Greatest Movie Musical of All Time” Singin’ in the Rain has been faithfully and lovingly adapted for the stage by the Broadway legends, Betty Comden and Adolph Green. Each unforgettable scene, song and dance is accounted for, including the show-stopping title number, complete with an onstage rainstorm!

Don’t miss the fun of this beautiful musical entertainment sure to please the whole family!

Singin’ in the Rain Adult Cast